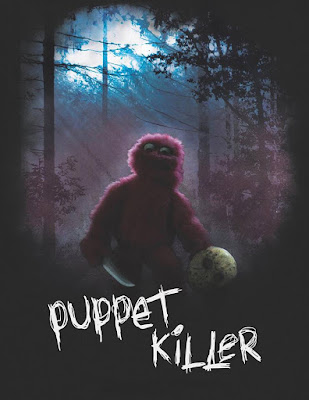 High school students go into the  woods to celebrate Christmas and are hunted by mad man. Is it the guy who was raised on horror films from when he was an infant or was it his favorite toy- a muppet like puppet.

Amusing send up of horror film just misses the greatness when it tries to push things too far by having twenty and thirty somethings playing the high school kids. Don't get me wrong, the film still works in all the right ways, but the idea of casting the film like an old school schlock horror film takes the edge off the proceedings.

Miscasting aside this is a really good film. There is something about an evil "Elmo" that warms the darkest places in my heart. Watching him go though his paces recreating classic horror scenes is a blast and worth the price of admission.

The opening night film of Blood in the Snow is a must. For tickets and more information go here. 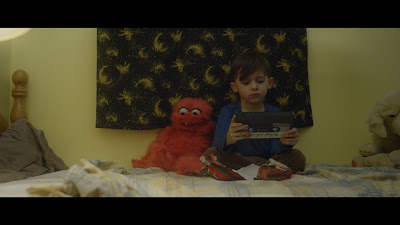 Email ThisBlogThis!Share to TwitterShare to FacebookShare to Pinterest
Labels: comedy, horror, The Blood in the Snow Canadian Film Festival 2019