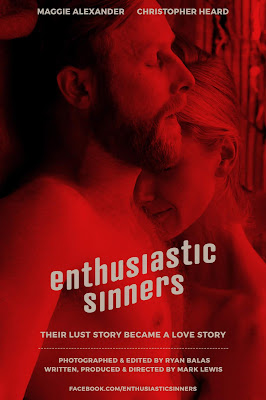 Enthusiastic Sinners is 24 hours in the life of a married cop who meets a widow on a call, feels an attraction and begins an affair that starts out lustful and which becomes something else by the end.

A frank slice of life this is a film that looks and feels like the way that two adults behave when they are crashing together. Long talks are interrupted by passionate sex. This is a film that feels more like a documentary about the people next door rather than a fictional tale. It’s so real that the while I was watching it I had to wonder why I was bothering because I was just watching the lives of two people play out over 90 minute… and then I would come to my senses and remember that that was the purpose, to see life as it is lived and not as Hollywood or writers tell us it should be shown.

This is a beautifully acted film . As is should be clear, it feels more lived in than acted. The couple is completely unaware of the camera (warning to the prudes this means full on nudity of both sexes and sex) and behave as if no one is watching. All acting should be like this.

The film is all stunningly beautiful with cinematographer squeezing visual works of art out of every shot. As much as this this film is real life on the screen the images are in fact something else entirely and belong on a museum wall.

Enthusiastic Sinners is a small gem and a must for anyone looking for a realistic love story and slice of life.

It is now available on iTunes. 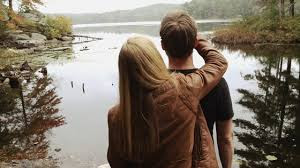