DOC NYC 2019 Capsule Reviews: GOLDA, RED DOG and ON THE INSIDE OF A MILITARY DICTATORSHIP 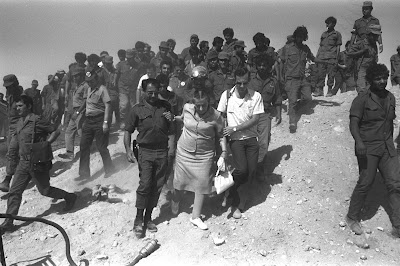 Golda
Excellent look at the life and legacy of Gold Meir built around an unseen interview done with her after a broadcast in 1978. In it she is candid and open about her life and career. It is supplemented by interviews with people who knew her or were witness to the various events. For anyone who sees her as the great mother of Israel this film is a revelation. A humanizing portrait that really makes clear why her reputation within Israel is much more complicated then we out side of it think. One of the great discoveries of DOC NYC I can’t wait to see it again. 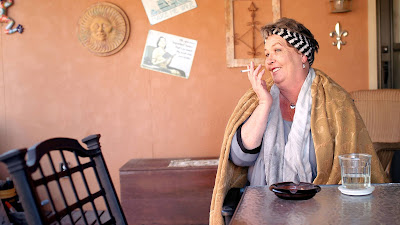 Red Dog
Musician Luke Dick interviews his mother and those she worked with the notorious Red Dog Bar where her mother worked as a stripper. It’s a wild ride that hold nothing back. While I couldn’t imagine having these sort of conversations with my mom, I really think I probably would have had these sort of conversations with my mother if she was still alive. Actually if my mother was still alive I’d probably force her to see the movie and then track down Dick’s mother so the two of them could hang out.
That’s a rave.
Absolute bawdy fun. 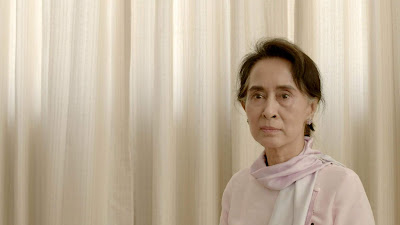 On the Inside of a Military Dictatorship
A look behind the curtain of the government of Myanmar (aka Burma) and at its leader Nobel Peace Prize laureate Aung San Suu Kyi, who won the award for standing up against the military leadership but lost the respect of the world for not stepping in and stopping the Rohingya genocide. An eye opening and deeply troubling film that reveals why things are the way the are in the country and how seemingly good people can slide onto the wrong end of history. If you want a clear eyed look at the situation in Myanmar this film is a must.
Posted by Steve Kopian at November 17, 2019