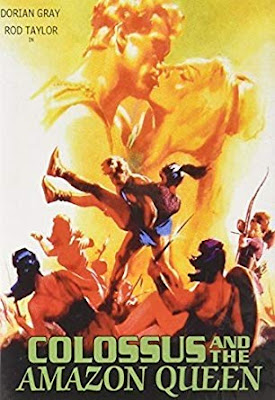 COLOSSUS AND THE AMAZON QUEEN
Big budget swords and sandals comedy is a mess. A good looking film where they spent a good amount of money, that falls flat with jokes that don't land but crash through the pavement and land in the sub-basement. The plot has something to do with Colossus and his buddy (a slumming Rod Taylor) going on a voyage and ending up in the land of amazons. After much intrigue something happens. Yea I love the sword and sandal genre but some films, like this just stinks to high heaven 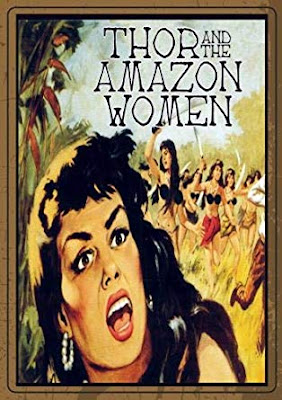 THOR AND THE AMAZON
Held by some to be the worst sword and sandal film, this film is damn close. It has something to do with a city of women enslaving men to work in the mines and fight for their amusement. They also kidnap women to train as warriors. In to the mix comes Thor who upsets it all. Cheap sets, weak action and 1960's style dress mix for a film that really just doesn't work. I put this film on one night and ended up riffing it more mercilessly than than the guys on MST3k ever would have.
Posted by Steve Kopian at November 26, 2019

Email ThisBlogThis!Share to TwitterShare to FacebookShare to Pinterest
Labels: capsule reviews, not worth the effort