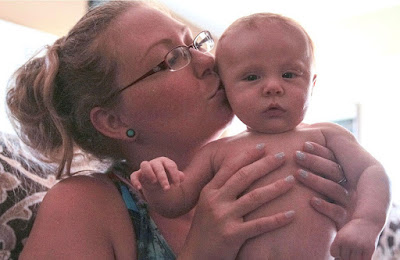 PERSONHOOD maybe the most terrifying film playing at DOC NYC. The film is an account of the effort by the far right and anti-abortion factions to redefine the moment a baby is conceived thus making it a crime to abort them. The unintended result of that is that women then effectively lose control of their own lives as the state can step in and tell a mother what she can and can not do in regard to food, drink or drugs (both legal and illegal) in an effort to protect the fetus. Things can be so draconian that women have been locked up in order to protect the life of their unborn child and there is very little they can do about it. It’s absolutely chilling and over the course of the film we follow the story of Tamara (“Tammy”) Loertscher who collided with her state’s laws when she found out she was pregnant.

I was horrified. While I was aware that things such as this were possible (some mothers who have tried to commit suicide were tried for the attempted murder of their unborn children) I didn’t realize how bad things had gone in some jurisdictions. If you want to proof that we are moving toward Big Brother and The Handmaid’s tale this film will set you straight. It’s a chilling film that will make your skin crawl as the life of one person is destroyed for another who has yet to become a viable human.

I don’t know what to say other than this film is a must see. It is a stark warning about the dangers of insisting that the government knows whats best and takes away control of a woman’s body.

One of the most important films at DOC NYC