My First Kiss and the People Involved (2019) 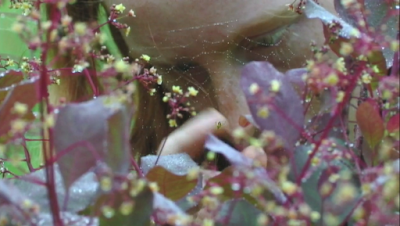 Sam, a withdrawn young woman living in a group home doesn't speak much. When Lydia, one of the caretakers disappears after a party Sam goes to find her and finds her whole world shaken to it's core.

Frankly this is exactly the sort of small film that Unseen Films was set up to highlight, it is  a small flower of a film that deserves to find it’s audience. It’s one of the thousands of small films that is always in danger of disappearing off the face of the earth simply because it is not being pushed by a mega studio, or doesn’t have a big name cast, or isn’t full of exploding robots.

To be honest I don’t know what I think of MY FIRST KISS AND THE PEOPLE INVOLVED. That doesn’t mean that I disliked the film, only that I haven’t fully formed an opinion of it yet. A small delicate, lyrically, beautiful film, it is unlike almost any other film you’ve ever seen. It’s like being dropped into an pastoral painting from the 18th or 19th century but with modern items in the background. The entire visual and aural side of the film instantly creates a mood and tactile feel unlike any other. You can feel smell and taste the images, not just see and hear them. It is a glorious achievement that the Academy would recognize if there was justice in the world.

The performances are killer. Everyone from Bobbi Salvör Menuez on down don’t so much act as inhabit their characters. These are real people going through their paces and we are better for it. They are so good that we let any dinks or dunks that come along because we are convinced that we are watching gorgeously shot moments in time.

And yet I am not sure what I think. As much as I love everything about this film I am not sure about how I feel about the ending. Something about the ending just didn’t quite click with me. Again it is not anything fatal, hell I am strongly recommending the film, rather it means I am going to have to ponder the film a bit and then revisit it. I am going to need to take a second run by it and see how I feel.

Until I do take that second look I suggest that you put the film on your list of films to watch, there is magic with in it that you should experience.