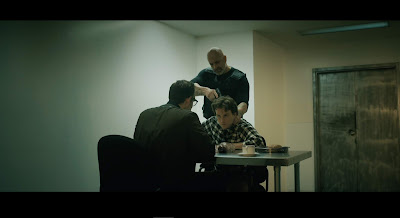 LONG PIG
Wicked story of an ex-con and a job interview...and well I dare not say more...trust me. This is one to see

SPECTRE
Love it or hate it tale of a woman realizing there is something in her house. While I understand why this was programmed at BITS it didn't work for me, with the brevity of the tale (it's about 4 minutes) not being enough to generate the tension it needs.

SNACK TIME!
A mother monster enrolls her hungry kids in kindergarten... this is a twisted, yet sweet tale about monsters and their snacks, the humans in the class. What a blast to think a school would be happy to produce a film like this. Great fun. 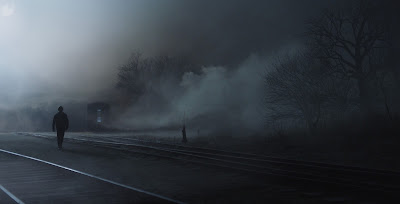 WILLA
Stephen King Sourced tale about a man on stalled train trying to find his fiance but being told not to go because the train would be moving shortly. Largely well done film is enjoyable but is ultimately a trifle with the denouncement a bit too clear much too early.

THE VIDEO STORE COMMERCIAL
Absolutely great short film about a cursed video tape being broken during the shooting of a commercial and releasing an evil spirit.. two hours of horror have rarely been as good as these four minutes. 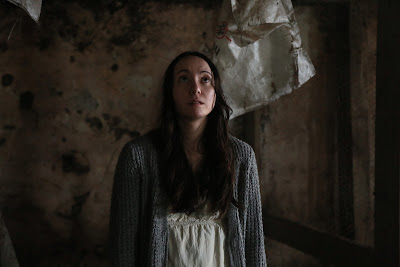 PEPPER
The job is simple, go down and let the dog out... chilling mood piece will keep you on the edge of your seat. A great film 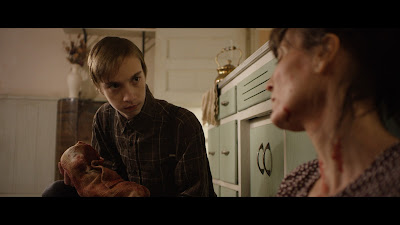 ABHORRENT
Things are not right at an isolated farm house...and a pregnant mother soon finds how wrong. Nasty in the right way horror film keeps you off balance with its dark goings on. I missed the write up for this one and had no clue what this was and was shocked and delighted by having no clue... just see it and be disturbed.

For tickets or more information on any of these shorts at Blood in the Snow go here.
Posted by Steve Kopian at November 21, 2019