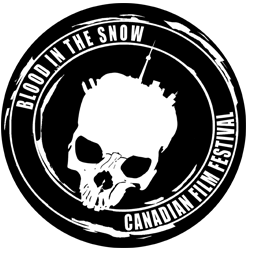 The exquisitely programmed Blood in The Snow Film Festival starts Thursday in Toronto Canada and you must go buy tickets. because there are pretty much no bad movies...

...no really there really are no truly bad films. Yes, there are some I don't care for but they aren't bad, they are not my cup of tea and I know why they were programmed because odds are if I was doing the programming I would have chosen them too. While I have not seen everything, I still have a few more to go, I have seen most of the films and I can attest to how good the films are.

Our coverage starts in a day or so and it will feature pretty much every film that was made available to the press for screening so expect a lot of pieces over the next week.

If you want a few choices before the reviews start might I suggest the following:

HAPPY FACE- is a great film about a young man who finds a family with a group of people who don't look normal. They have diseases or conditions that make them look different. It is not a horror or any sort of genre film, but a loving and lovely drama that I have been recommending since I saw it January at Slamdance.

THE NIGHTS BEFORE CHRISTMAS is proof that we do need another crazed Santa film. I know you will argue against it, but I say this wicked little gem is the exception to the rule and a must see.

SHE NEVER DIED is a masterpiece. One of the best films of any type I've seen in 2019 it has Olunike Adeliyi in a star making performance as Lilly, a woman who has been alive for centuries and has seen it all.  She is one of the greatest women ever put on film and is so good that you will be jonesing for a sequel.

My favorites so far are:

THE VIDEO STORE COMMERCIAL- which is what happens when the making of a commercial for a video store goes wrong.

ABHORRENT- a horribly unpleasant film about a pregnant woman trying to protect her family.

GILTRUDE'S DWELLING which is a wonderful fantasy which I want to see expanded or continued.

As I said it's all good so see when you can go and buy some tickets. Information and tickets can be had here.
Posted by Steve Kopian at November 18, 2019

Email ThisBlogThis!Share to TwitterShare to FacebookShare to Pinterest
Labels: The Blood in the Snow Canadian Film Festival 2019