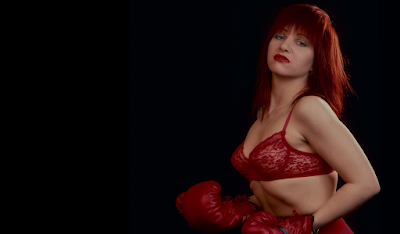 Lydia Lunch is a goddess. A hell raising woman who has been challenging the status quo she is a survivor and a fighter who hasn’t stopped or given ground. She is ultimately the woman that all our daughters should be.

My introduction to Lydia Lunch was via the films of Richard Kern. I was a young film fan and I was exploring the underground when I stumbled upon Kern’s film starring Lunch. I had no idea what the hell I was seeing (and for some I still don’t) but they left a lasting impression. From there I discovered her music and while I was not one to always go searching for her art it still always was there in the background and sometimes in the foreground as friendships were sealed by a shared appreciation for her screams into the night.

The cinematic biography of Lunch that just premiered at DOC NYC is absolutely wonderful. A no bullshit account of Lunch and her life it is a glorious tribute to a woman who kicks ass and takes names. Told by the lady herself, with some occasional shading from her friends and colleagues it reveals Lunch in all her glory. It’s a film that explains the world as we see it and makes clear that she has helped to change the world as we know it.

I loved this film sooooo much, that when I was done I emailed some of the kick ass women I know and told them they had to see it. I also sat and stared at the screen pondering how to show the film to my nine year old niece so she could have someone to assure her that she doesn’t have to take shit from anyone.

One of the joys of DOC NYC
Posted by Steve Kopian at November 09, 2019