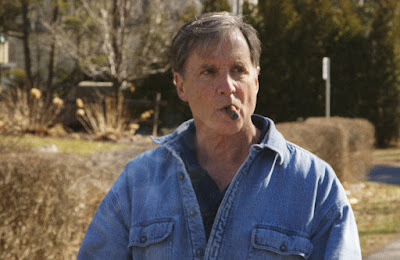 THE QUEEN'S MAN is a wild and crazy story. It’s a WTF story on so many levels that you really need to see this for yourself.

The short version of the story is that this is the story of Steve Talt who is trying to find some missing art for the wife of the Shah of Iran. It seems that several paintings and some artifacts were stolen by the mafia from a warehouse in New York. The robbery was never reported, and no one is quite sure what was taken (though one may have been a Picasso). Almost 40 years later Talt is attempting to run down what happened, what exactly was stolen and where the missing art is.

This is a hell of story with a one of a kind guy at it’s center. Talt is a character and his weird story, which actually seems to be true, holds our attention all the way from start to finish. This is one of those stories that seems to be completely out there but just suck us in and drag us down the road none the less. It's a crazy story that  we want to see  out.

In fairness I should probably warn you that this is not a story with an ending you're expecting. The whys and hows of it all remain kind of convoluted all the way through and the ending is just as amorphous as the beginning. That said I really wished I had seen this with a friend because there is much to discuss.

But this is not a story about the ending, this is a story about the journey and the storyteller and as such it is a film that you really should see because this is one tale you need to hear from the guy who lived it.
Posted by Steve Kopian at November 15, 2019