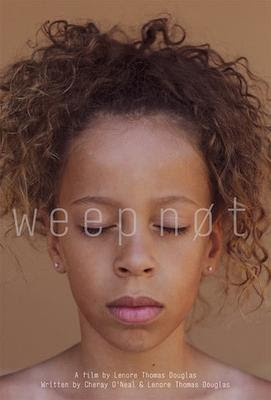 Weep Not is a small scale gem. The film is about the power of forgiveness to free us from being eaten alive.

The film is the story of a woman named Journey who forgives the man who molested her as a child. It is a beautifully acted film (Cheray O'Neal as the adult Journey is awesome) that has a kick in the tail. It's one of those films that quietly sneaks up on you and hits you when you least expect it.

If I may quibble just a bit with the film, I wish it was a little longer. I wish the switch from the sequence with Journey’s grandmother to the confrontation was a little less abrupt. I wish there was something to bridge the two. While it isn’t fatal, far from it the film as it stands knocked my feet from out from under me, had there been a bit more this I might have been completely laid out and crushed.

Quibble aside Weep Not is a must.
Posted by Steve Kopian at November 17, 2019