Curses! Bully has ceased updating Comics Ought To Be Fun!

After 15 years and somehow only still being 7 years old Unseen Films founding member and reigning Oreo eating champion, Bully The Little Stuffed Bull has stopped writing his blog Comics Ought To Be Fun.

I, like several people I know, are wondering if this means comics will ever be fun again?

Possibly, because Bully has stated that he isn't leaving Twitter.

The explanation of why he is stopping is found in his penultimate post. In part, it is the state of the world making the little Bully not feeling the joy. (Curses, hexes and rotten fruit can be directed to that fat man in the White House) and part it's because blogger has been farting around with its posting platform so that what should be simply postings have become a chore (curse you Blogger). Since Comics Ought To Be Fun is a graphic intensive website adding 9 extra steps would kill anyone. (Why is it that the people who are tasked to make things simpler are people who don't actually use the thing needing simplifying?)

For those who have not read or seen Comics Ought To Be Fun I suggest you click on the link. The site is a loving bear hug to comics and related subjects, where Bully would post a panel a day on a subject, or muses on some topic, or reveal ten variations on a comics cover or really neat stuff that just made you smile. 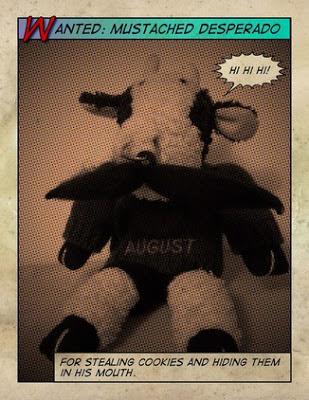 Actually what I want him to know is that he doesn't need to do a post a day, but every now and again is perfectly fine. (A little bit of madness now and then is treasured by the wisest men)

The real truth is I just want Bully to smile. The state of the world and a supervillain in the White House has broken the heart of a seven year old. How can it not when your favorite art form tells you that people are basically good, and that good triumphs over evil, and that in the end it will be alright, but reality shows you that sometimes that isn't the case. Sometimes soulless men do bad things.

I suspect Bully actually does smile but only in brief spurts, hence his sticking to Twitter. His page is here and it is often very funny and always loving like the little guy himself.

Personally since people can unretire - look at Michael Jordan- I am hoping that once the current nightmare is over Bully can rethink and regroup and give us his wicked insight into comics and life. And besides weird things happen around Bully since he is seven, the blog has been around for 15 years but the posts go back to 1972 (no- really they do-just look) and he skipped a few years in there so you never know.

I don't know if that will happen, I don't know if Bully will come back to posting, but I am hopeful for a better future since Bully is still making jokes over at Twitter.

While Bully has his cookies why don't you go over to his website and look around. Bully may not be updating but there is still a ton of stuff  to see and read and make you smile. 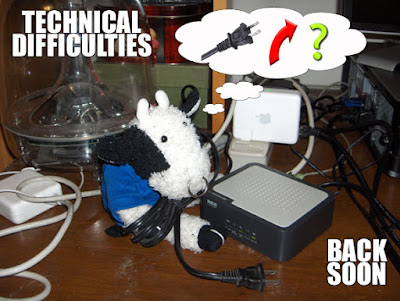 ADDENDUM: Bully is back reporting on comics but in smaller bite size pieces. He ha started TODAY IN COMICS HISTORY on Twitter (https://twitter.com/TodayComics). He's doing the same sort of things with panels that he was doing on the website but in Twitter size pieces. If you ar on titter follow him- and if you are not follow along.
Posted by Steve Kopian at June 24, 2020

Email ThisBlogThis!Share to TwitterShare to FacebookShare to Pinterest
Labels: essay