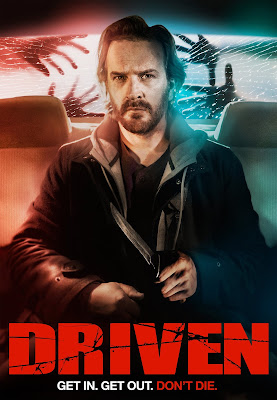 This is a repost of my review of the Oxford Film Festival review from last year.

A couple of days on I’m still trying to sort out what I think about DRIVEN. It’s not that the film is bad, it’s not, more I’m not sure it works the way it’s supposed to.

Emerson (Casey Dillard) is a driver for Ferry (think Uber). Leaving her home for a night of driving she finds a lost bag in the road. This being a college town she thinks nothing of it and tosses it in her car, figuring she’d run it down later. As the passengers come and go Emerson works on her dead pan comedy routine (she wants to be comic) in a running monologue. She eventually picks up Roger (director Richard Speight Jr.), who is on a schedule and needs to travel all over town. He wants to keep it quiet but things happen and Emerson realizes that she is in the middle of a demon horde.

Part comedy, part action film, part drama, part horror film DRIVEN is juggling a so many balls I’m not sure it keeps them all in the air. So much going on this is a film that kind of remains on one level tonally. What kills me is there is something here. I like the idea of a driver getting sucked into a tale like this, but there is something about the way the film feels that prevented me from clicking with it. Trying to figure what has taken up the better part of the last few days since I saw the film.

I think the problem for me is writer and star Casey Dillard as Emerson. If you don’t click with the humor in her running monologue the film is going to fall flat. I kept thinking – “oh that’s a joke” when I should have been laughing. While there is nothing really wrong with her performance as such but her delivery and attitude is a little bit too deadpan.

As I said I like the premise and bits but I’m not too keen on the execution.

That said there is enough here that if the premise looks good to you you should give it a shot since you may click with it where I didn’t. 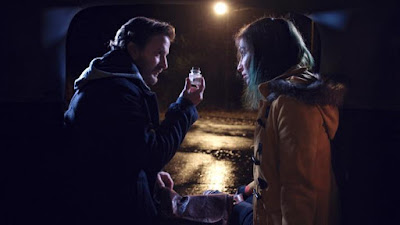