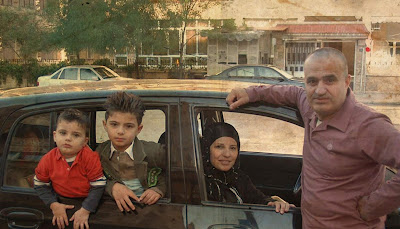 The story of a family of Syrian refugees trying to reunite after being spread across the globe. The father has landed in Canada. Mom is in Denmark and the kids are stuck alone in Turkey. They are forced to endure the bureaucracy of the various governments over several years in order to come back together.

Good look at an aspect of the refugee situation most of us are not aware- that of families spread across the globe and trying to get back together. While I had been aware of families in two places, there have been several docs about people going to Germany while their family stays in Turkey, I wasn't really aware of families ending up all over the place.

This is a really good film which hammers home just how complex the refugee situation can get once the families get to safety.

REUNITED plays the Virtual New York Human Rights Watch Film Festival starting tomorrow. For information on how to watch or on the Q&A with the filmmakers on June 20th go here.
Posted by Steve Kopian at June 10, 2020