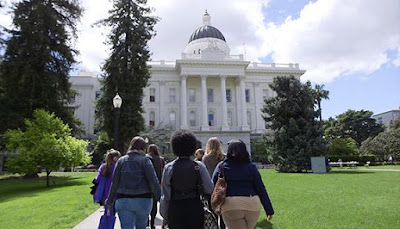 The story of a young woman and her attorney who discover that the California Department of Corrections have been involuntarily sterilizing inmates for years. They take her case to court and fight for justice for the grievous wrong that was committed against her.

Eye opening film will make you wonder WTF was going on in California in the modern day. Certain to make your blood boil this is yet another primes example of the sort of official misconduct and abse of power that caused the  recent protests across the country.

BELLY OF THE BEAST plays the NYC Human Rights Watch FIlm Festival starting June 11. On that same night there will be a live Q&A with the filmmakers. For details on the Q&A and how to watch the film go here.
Posted by Steve Kopian at June 09, 2020