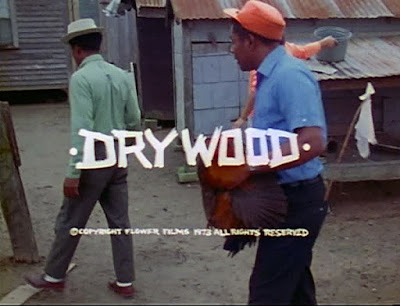 Many know filmmaker Les Blank primarily (or solely) for Burden of Dreams (1982), a making-of documentary about Werner Herzog’s shot-on-location-in-the-Amazon epic Fitzcarraldo (1982). The film’s reputation as one of the greatest in the sub-genre focusing on chaotic movie shoots isn’t unearned—it’s a penetrating exploration into the psyche of one of world cinema’s most over-the-top figures making one of his most over-the-top films. But those who limit themselves to just this one film will cheat themselves of one of the richest and most warmhearted filmographies in American cinema, documentary or otherwise.

Blank was primarily an explorer of the hidden nooks and crannies of America, exploring subcultures and communities largely unknown to or ignored by society at large. His documentaries were frequently about traditional music, often about food, but always about people first and foremost. But it was the way he approached said people that made his films so unique. Blank would never treat his subjects as figures in a vacuum, transforming them into sterile talking heads dully reflecting on their lives and careers. Instead Blank would immerse himself in the culture that produced and sustained them, replicating its rhythms and moods.

Consider his superb Dry Wood, a look into the world of black Creoles in French Louisiana. Ostensibly a portrait of accordionist Alphonse “Bois Sec” Ardoin and fiddler Canray Fontenot, both groundbreaking pioneers of zydeco music, the film treats its subjects as entry points into their community, not the other way around. Consider one early scene shot during a Mardi Gras dance party. Musicologists might be exasperated by Blank’s refusal to hold his camera on them, choosing instead to frequently cut away to shots of children sitting on benches on the sidelines playing with each other or staring off blankly into space. From the ecstatic celebrations of Mardi Gras, Blank then turns to their everyday toil, of men working in rice fields and women tending house and children. Much of the film concerns their tireless efforts to make, grow, catch, kill, and cook food. And this too is used as an in to explore the Creole people, whether it’s watching a young girl struggle to eat an oversized pork crackling or a group of women gossiping about a friend who burned her “murderer boyfriend’s car” while sorting through guts. Blank finds humanity amid the gory viscera and zydeco twang.
Posted by Steve Kopian at June 24, 2020