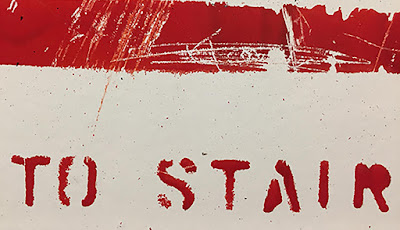 A look into what happened on November 20, 2014 when a Chinese police officer accidentally shot and killed a black man in a stairway of  a NYC housing project while on vertical parol (policing up and down the stairs in a building.) The shooting sparked outrage on all sides and revealed a deep racial divide.

Good film reveals that racial tension is not just whites and everyone else, but that the divides also run between other ethnic groups. With all the increased tension and protests this is a timely film that hits home and shows there is still a lot of work to do.

DOWN A DARK STAIRWELL screens as part of the NYC Human Rights Watch Film Festival starting tomorrow. There will be a live Q&A with the film on June 17. For information go here.
Posted by Steve Kopian at June 10, 2020