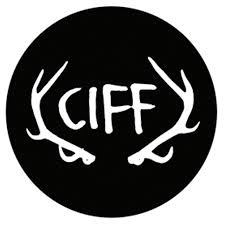 In unprecedented move, CIFF will work closely with filmmakers to collaboratively re-imagine the role of film festivals and experiment with new strategies for audience development and transparency

CIFF celebrates its sixteenth edition with a 12-day virtual festival, the launch of its Filmmaker Solidarity Fund and drive-in theatre, and a new Points North partnership offering $30,000 in funding for short documentaries

"This is the moment for experimentation and for risk-taking..."

CAMDEN, MAINE – Points North Institute, the organizers of the Camden International Film Festival, have announced updated plans for the 2020 festival with a singular goal in mind: to directly support independent filmmakers and collaboratively create spaces for community-building, organizing and collective imagination.

In response to the ongoing worldwide health crisis, this year's CIFF and Points North Forum will be the most global, accessible edition of the festival to date, and will include a 12-day creative virtual experience with dozens of livestream events, alongside the launch of the festival’s very own drive-in movie theatre, and screenings at a small number of reduced-capacity theatres in Maine.

The sixteenth edition of the Camden International Film Festival will take place from October 1-12, 2020 and will culminate with a special program to honor Indigenous People's Day in partnership with Nia Tero Foundation and Big Sky Documentary Film Festival.

The Points North Institute also announced that SHOWTIME® Documentary Films will continue to serve as the Headlining Sponsor for the 2020 Camden International Film Festival and Presenting Sponsor of the 2020 Points North Fellowship.

During the festival, CIFF will bring together filmmakers, industry leaders, journalists, organizers, and other special guests to re-imagine the art, business, and future of nonfiction filmmaking. The festival and forum will continue to advance industry-wide conversations about Story & Power – examining how power and resources are distributed in the documentary film industry and how festivals can build solidarity with filmmakers to create more equitable, sustainable conditions for the creation and distribution of documentary films – particularly for BIPOC filmmakers and other communities that for too long have been marginalized or excluded by the industry.

CIFF’s commitment to accessibility will also include greater investments in closed captioning, ASL interpretation, live transcription services, and outreach to ensure that people with disabilities are able to participate fully in the 12-day virtual festival.

Organizers are working closely with filmmakers to collaboratively re-imagine the role of film festivals and experiment with new strategies for audience development and transparency.

This work begins with the establishment of the Filmmaker Solidarity Fund, which will distribute 50% of net proceeds from all virtual festival pass and ticket sales as honoraria for every participating filmmaker or filmmaking team, including both features and shorts directors. The fund will also seek new tax-deductible contributions and corporate sponsorships from partners interested in supporting diverse independent filmmakers during this time of critical need.

“These are unprecedented times, and they call for unprecedented changes to ‘business as usual’ for film festivals,” said Ben Fowlie, Executive and Artistic Director of the Points North Institute and Founder of CIFF. “Our ability to align and collaborate with independent filmmakers during these times to create something more accessible, more equitable, and more filmmaker focused, is our key metric for impact and success this year. This is the moment for experimentation and for risk-taking, and we remain committed to using our platform to contribute to a reinvention of the festival landscape and the field at large.”

Points North is committed to expanding filmmaker support through its Artist Programs as well. In a new partnership, the organization is joining forces with IF/Then Shorts, ScreeningRoom, LEF Foundation and Jigsaw Productions to offer a fund and rough cut lab for filmmakers from the American Northeast with documentary shorts in post-production. Growing out of the IF/Then Shorts program, Points North Institute's Shortform Editing Residency and last year’s Follow Focus grant, the inaugural North Shorts Fellowship will support 6 projects that explore a range of socially, politically and culturally relevant topics that are rooted in the region. Projects will receive a $5,000 post-production grant and participate in a month-long online rough cut lab, culminating with an invitation-only rough cut screening as a part of the 2020 Camden International Film Festival. Following the lab and festival, filmmakers will receive two months of distribution consultation to help get their film out into the world.

In addition to the festival and forum and these new partnerships, other Artist Programs, including the Points North Fellowship, North Star Fellowship , 4th World Indigenous Media Lab, and Points North 1:1 Meetings, will be conducted remotely. These programs will leverage digital tools to build stronger communities of support around each cohort of diverse, early-career filmmakers -- connecting them with mentors, collaborators, allies, supporters, and audiences.

The 11th annual Points North Pitch will be livestreamed to a global audience on Saturday, October 3. All funds previously earmarked for travel will be redirected as tipends to filmmaker fellows and mentors.

“Amidst a global pandemic, an uprising in defense of Black lives, and a critical election, some deeper truths about the world we live in are being exposed for more to see,” said Program Director Sean Flynn. “These events underscore the critical need to support filmmakers and artists committed to truth telling, especially those whose truths have not yet been fully heard.”

The submission deadline for the Points North Fellowship and North Star Fellowship has been extended to July 15th. Submissions for the North Shorts Fellowship will open on July 1 with a deadline of August 3. Fellowship participants will be announced in late August.

The 16th Camden International Film Festival is a program of the Points North Institute. Building on CIFF’s long-established role in the nonfiction film community, the Points North Institute’s filmmaker programs provide a launching pad for the next generation of nonfiction storytellers. The 2020 Festival is made possible by Showtime Documentary Films and the National Endowment for the Arts.
Posted by Steve Kopian at June 26, 2020