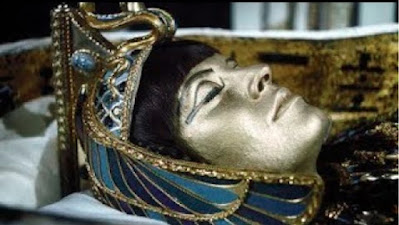 British television adaption of Bram Stokers's story Jewel of The Seven Stars about an archaeologist who opens a tomb and has the spirit of the dead queen take over his daughter.

Good if unremarkable telling of the tale limited by the budget (this was done as an episode of the TV Series Mystery and Imgination). To be honest it's an unremarkable tale to begin with and it has vexed prtty much everyone who has tried to make a version of it. (Remember the clunky Awakening with Charleton Heston? its from the same book)

Worth a look if you run across it but nothing to search out.
Posted by Steve Kopian at November 07, 2022