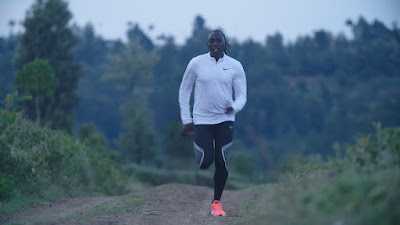 This is a look at World Champion runner Caster Semenya who, due to biology of birth has naturally high androgen levels which athletic governing bodies suddenly claim are not allowed since it gives her an unfair advantage. Forced to change her biology if she wants to compete the film examines what it means to be a woman.
Full disclosure: going into the film I had seen several news stories and documentaries on Semenya and the problem of people claiming the hormone levels some how makes her not a woman. I say this because those previous films covered most of what is here and as a result  my feelings for the film are different than had I just come in blind.
Had I gone in blind I would have loved this film so much more. I would have been made angry by the story about guys who don't understand biology making stupid pronouncements. On its own teerms, this is a great and an important film that lays everything out in ways that the shorts docs and stories could never do.
If you don't know this story the film is a must.
Posted by Steve Kopian at November 16, 2022