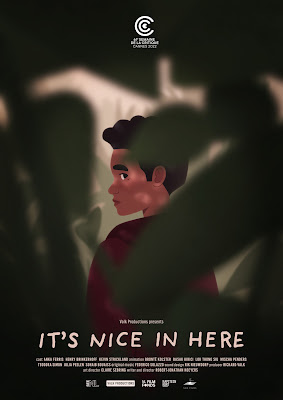 Animated film about a police shooting and the aftermath as seen from various points of view. This is a vitally important look at how everyone sees a tragedy differently. While it is specifically aimed around a police incident, the film is actually speaking to things on a larger level as we see how friends of the victims see them one way (as the friend/family member), the police see them another way (a potential threat in one moment in time) and media still another way (based on how the pundit wants to frame thing). I say this because with the recent shooting in Colorado we are seeing the events portrayed in different ways.
This is a moving film that gives us a great deal to think about.
Highly recommended
Posted by Steve Kopian at November 26, 2022