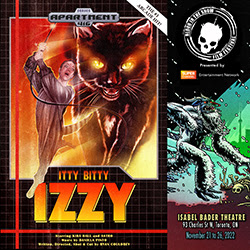 ITTY BITTY IZZY
A young woman is shrunk by a video game. She must find away to get back to normal before her cat eats her. An amusing little trifle. 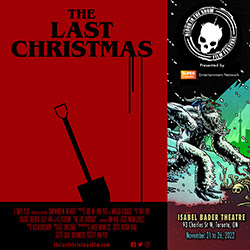 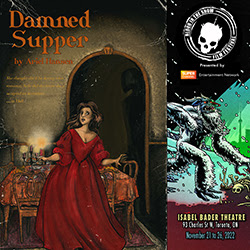 DAMNED SUPPER
A group of witches have a magical supper on Halloween and it goes horribly wrong. 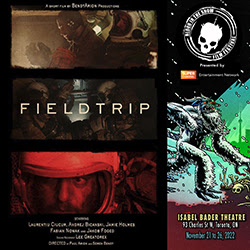 FIELDTRIP
An astronaut crashes into a minefield he laid and has to get out.

This is a super science fiction tale that just feels right. 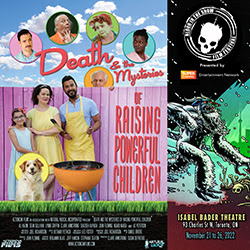 DEATH AND THE MYSTERIES OF RAISING POWERFUL CHILDREN
The path to better children through sacrifice.  An amusing little doodle. 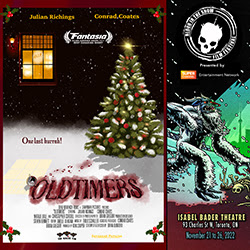 OLD TIMERS
The meeting up of old friends talking of the glory days goes completely wrong.

This is small joy that is very wrong. 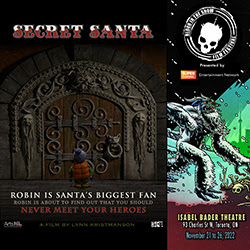 SECRET SANTA
A small boy stows away on Santa's sleigh and finds out things no one should ever know.

A very wrong animated film that will probably get you off santa's good list forever.