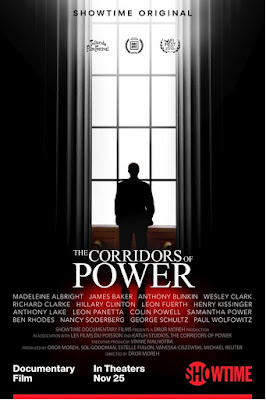 After World War 2  America and the rest of the world said that the genocide that happened in Europe would never be repeated however time and time again everyone failed to act and we ended up with Bosnia, Rwanda, Syria, Iraq and other genocidal cleanses. Why was this allowed to happen when when every said it wouldn't?

Focusing on the American response/nonresponse CORRIDORS OF POWER is a kick in the chest. This is a damning look at how politics and other issues got in the way of stopping the wholesale slaughter of ethnic minorities across the globe.

Running a compact 135 minutes the film still feels way too short. This is too big and too important a subject for two hours. While the film covers a lot of territory, focusing a great deal on Syria and Bosnia, there is so much more to the story. Yes I know the film focuses on whom they have as talking heads , but as the  film makes clear there is a lot of genocide happening in the world. This would make an excellent mini-series.

However that would be down the road, as it stands CORRIDORS OF POWER is one of the ass kicking docs of the year. How this isn't in the early discussions for the Oscar is beyond me. Perhaps  now that it is heading toward a theatrical release that will happen.(in theaters November 25) 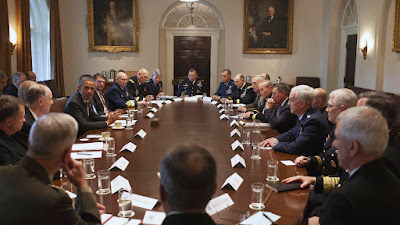