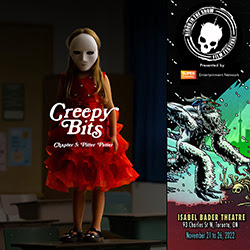 The CREEPY BITS films are really good. I saw all six films for last years Blood in the Snow even though they only ran a couple of the films. Its a great series 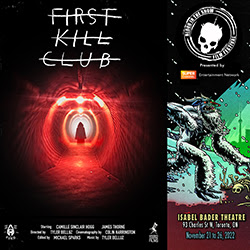 FIRST KILL CLUB_ EPISODE 1 BAIT
First episode in a web series about people who kill in return for the granting of a wish. This is good- I want to see more. 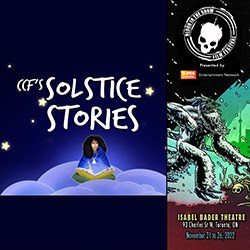 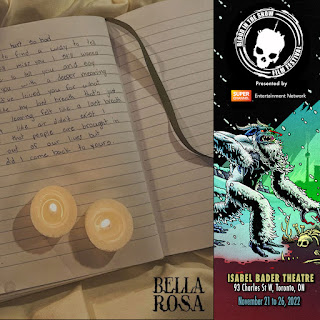 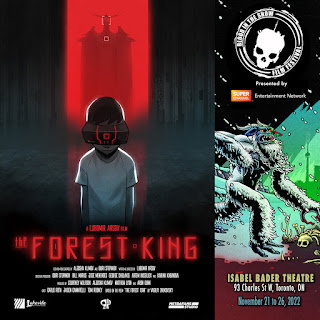 FOREST KING
Excellent animated film about a young kid desperate to be a winner in a VR game finding playing coming at a cost.

This is really good and I wish I had seen this on a big screen. 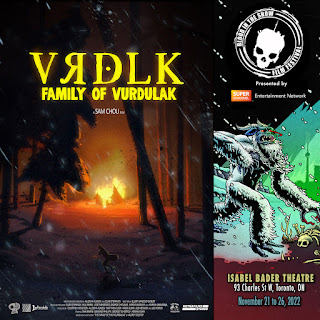 VRDLK: FAMILY OF VURDULAK.
More animated fun from the people behind THE FOREST KING. This time it's the story of a traveler running into Vurdulak. 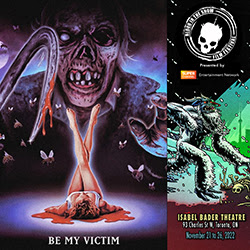 BE MY VICTIM
Music video for a Blood Opera song notable for Candyman references and Tony Todd. 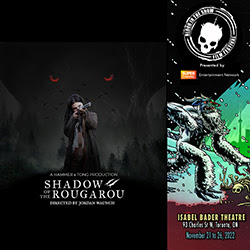 SHADOW OF THE ROUGAROU
This is the story of Sâkowêw, a westward bound Métis-Cree fur trapper who has to return home during an indigenous resistance in the 1880's. She ends up being stalked by hostile white wolf trappers and a evil lurking in the forest.
Running a solid 40 minutes this is solid period thriller. What I really liked about the film is that there really isn't a spare moment. With shorts this long there is a tendency for filmmakers to try and and stretch it to feature length thus killing the the suspense. That doesn't happen here.
Buckle up and get some popcorn for a wild ride.
Posted by Steve Kopian at November 21, 2022