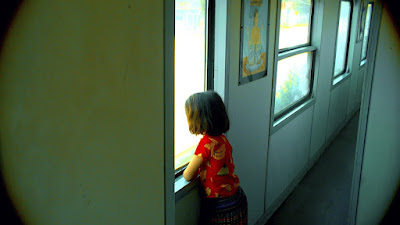 DARK LIGHT VOYAGE
The director and his daughter travel across Vietnam to visit a friend.

Filmed Using the Hanoi Dogma rules (the director is the only crew. The film will never be screened 2 years after it was made) this is a very personal trip across the country. How you react to the film will be determined by your reaction to the very personal no-fi nature of the film. I liked portions but found during other portions my attention wandered. 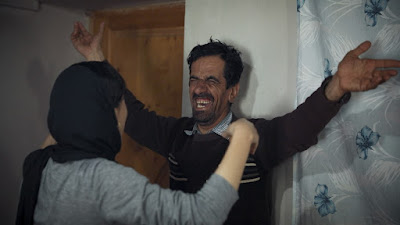 DESTINY
A teenage girl whose mother has just died is left to care for her special needs dad. Things become complicated when she is accepted into university.  This is a small little story with larger implications. While the film tells the bittersweet story of a young woman and her handicapped father specifically in Iran, on a larger level it reveals a problem of what is a kid to do when they can’t really play caregiver to a special needs parent. I was moved. 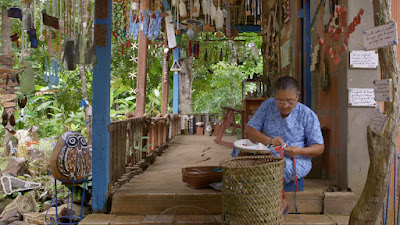 FOR YOUR PEACE OF MIND MAKE YOUR OWN MUSEUM
One of a kind film has Senobia was a self-made artist, having her friends play her in a portrait of the artist. You either  go along with the conceit or you don’t. My attention waned after a while and I wondered if this really needed to be a feature 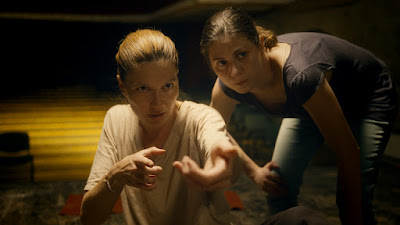 HAMLET SYNDROME
Before the Russian invasion of Ukraine five actors ponder Hamlet’s “To be or not to be…” speech in the wake of their experience with war. This is a kick ass film that mixes literature with the hard truths od warfare. Less about the speech than the damage done by war this is a film that will rock you thanks to the march of current events. This is a small gem of a film. 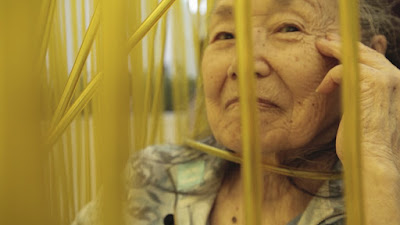 WISDOM GONE WILD
Rea Tajiri looks at her mother as her dementia becomes more serious and she slips farther and farther away. This is a moving and bracing look at the tragedy some of us face when we or our loved one get older. I was moved and left kind of broken.