On the death of Albert Pyun 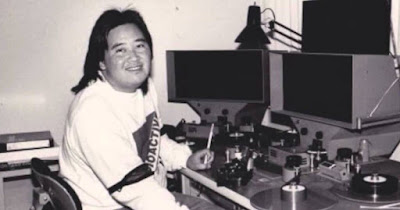 Albert Pyun has died and we are less for it.

Pyun made a swath of low budget films that delighted the generations who ran across  them in the 1980’s and 90’s who saw them on home video. Pyun’s reputation was made with THE SWORD AND THE SORCERER in 1982. Released to huge box office in 1982 the film  gave the Arnold Schwarzenegger Conan a run for it’s money. A mix of old school swashbuckling, magic, breasts and WTF (a three bladed sword that could shoot two) the film was expected to be the start of a series that never materialized.

Pyun soon was making low budget action films, including CYBORG with Jean Claude Van Damme, that delighted audiences who ate up his brand of bone crushing violence, and annoyed the critics. He also made one of my favorite action films, the woefully under seen, NEMESIS about a cyborg cop chasing his ex-partner. It's proof you don't need big budgets and computer generated imagery to rock the pillars of heaven.

Pyun was one of the first directors of the MCU directing the 1990’s CAPTAIN AMERICA It’s a weird rewrite of the character that has great action at the start and end of the film and too much talk in the middle. And while it isn't the greatest film ever made, it helped keep comic book films alive until the MCU could start for real.

Over the years he turned in fifty four films, more than most "great" directors. While some of the films may not have been the best, they were always made with love,  which in this mercenary time is more than many filmmakers can managed.

More importantly, and the thing that most people discussing the loss of Albert Pyun will not discuss, is that Pyun's film spawned several generation of filmmakers and dreamers.  Say what you will Pyun's work made people dream. Over the last 40 years countless people watched his films and began to dream. In his films they saw something they wanted to do. They formulated stories they wanted to tell and then they went out and gave us their dreams. From their dreams came more dreams and dreamers.  Yes Pyun entertained us, but he also gave us dreams to share, and the knowledge that we could do it too.