Blood in the Snow 2022 Random Shorts 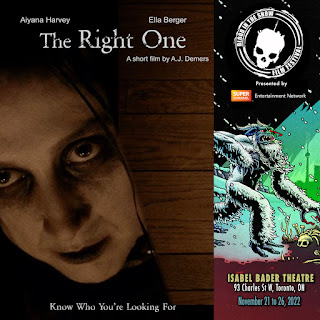 THE RIGHT ONE
A woman performs a dark ritual to get her sister back.A dark  and chilling short film. Very good. 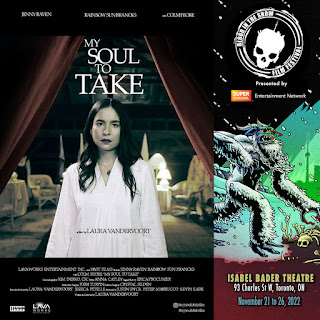 MY SOUL TO TAKE
A woman accepts a cellphone up date and things happen.

Good short horror films about the dangers of modern technology. 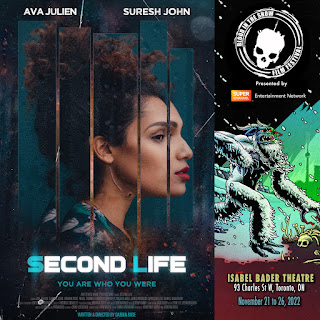 SECOND LIFE
A robot wife finds out that  she had a second life she knew nothing about.

Awkward science fiction story that doesn't quite add up to much. It's not that the story is bad, rather this needs to be much longer. 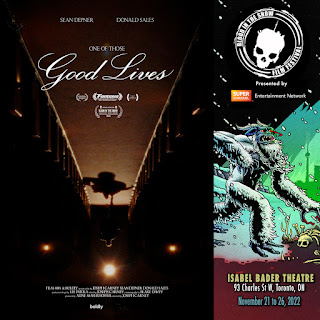 ONE OF THOSE GOOD LIVES
When a white young man is hit by a truck he wakes up in an empty opera house.

Good little thriller I really can't discuss because this is all about where it goes. 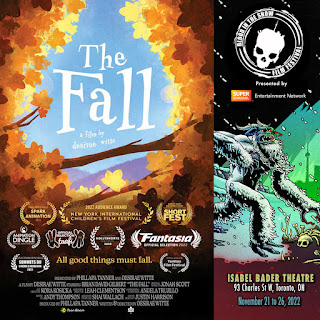 THE FALL
A wicked short animated film about a leaf coming to terms with the coming of fall. A joy 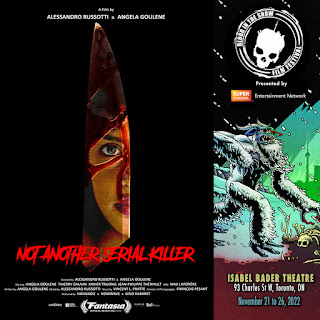 NOT ANOTHER SERIAL KILLER
A woman seems to only attract serial killers. This is a wicked little tale you'll want to see. 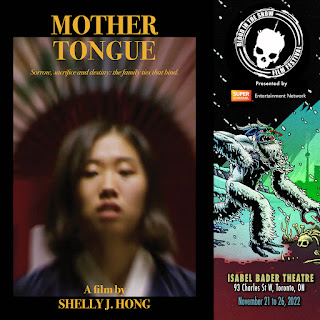 MOTHER TONGUE
A mother and daughter come together when the daughter's child is begins acting strangely. A good film about the things we don't know about our parents.
Posted by Steve Kopian at November 20, 2022