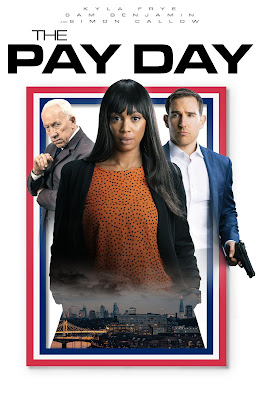 A young computer programmer is fired and leaves her bitch on wheels boss a  parting gift. This attracts the attention of a rich man who needs some information stolen. She will give her 5 million dollars if she can get steal certain information within 48 hours.  She takes the job but ends up crashing into another thief looking to do the same thing. As things go sideways the they have to work together to get out in one piece.

Good little heist film scores points for not going the typical way. While I could tell you that the film was going to end up happily (hey it’s a romantic comedy as well as a heist film) I didn’t expect the twists and turns that the story threw at us. I also didn’t expect the heist to take up as big a chunk of the film as it did. Bravo.

Frankly I had a grand old time with this film. It entertained the hell out of me just because it is some interesting characters doing some fun things. I liked that I cared less about the caper and more for the characters. What a joy.

If there is any flaw in the film it’s Simon Callow’s bad guy. Barely in the film at all he simply sets the story in motion and perhaps sets up a sequel. He’s so minor to the story that they could have removed him.

Still this is a joy and is recommended.