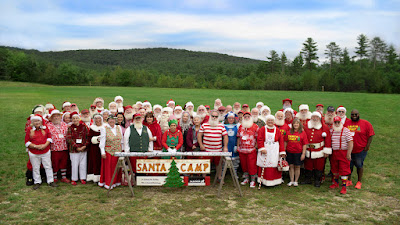 I didn’t catch the film at its DOC NYC screening but on HBO Max and it wasn’t worth the effort.

The film is about both a group of Santas going to Santa camp and the efforts to get men who are not white males to become Santas . It chronicles the trouble of both recruiting them and the negative reaction that some people have to non-white santas.

While the information in the film is dynamite, the film is so low key and so run of the mill in telling the film didn’t grab me. Perhaps it was the fact that I was seeing the film a week before Thanksgiving and really wasn’t in the Christmas mood,  but I just never connected. There wasn’t enough here for me to want to lean in.

Worth trying in the Christmas season if you run across it, but I wouldn’t go out of my way to see it.