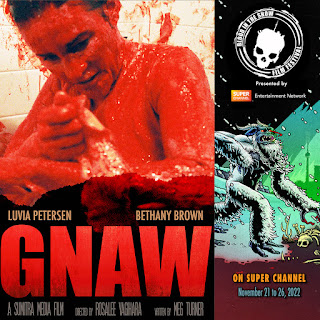 GNAW
A woman can't stop gnawing on her hangnail.

Slow building horror film generates chills despite the ability to guess where this is going. 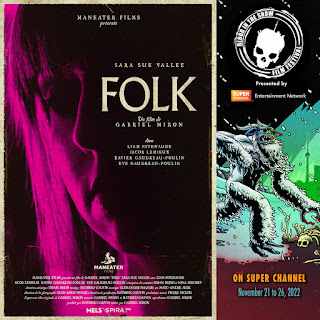 FOLK
A woman is harassed by strange trick or treaters

Nightmarish folk horror film will chill you. This film is just wrong. I'd kind of love a feature version of this but if it;s this disturbing I may not want to see it. 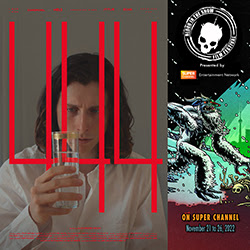 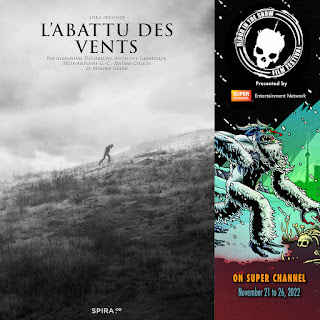 L'ABATTU DES VENTS (THE WIND DOWN)
A beautifully animated film of strange things happening at a lighthouse. 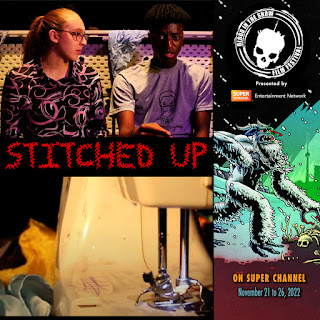 STITCHED UP
Two friends are attacked by a sewing machine.  This is a nice idea that just misses. 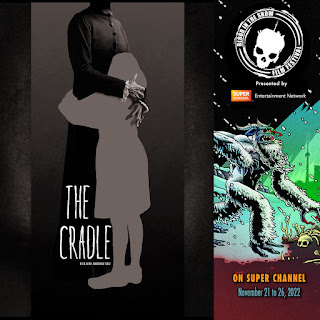 THE CRADLE
A Mob interrupts a witch  preparing dinner.

This is the very definition of proof of concept. This is not a film but the start of a film. I want the rest. 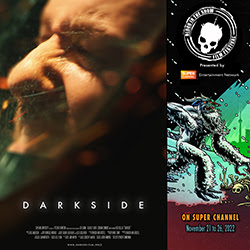 DARKSIDE
An astronaut attempts to complete a rescue mission while dealing with his demons.

Solid scifi drama that has a punch.

LECON DE CONDUITE (DRIVING LESSON) and SMILEY were not screened for Press
I previous reviewed CRUISE- and it's really good
Posted by Steve Kopian at November 22, 2022