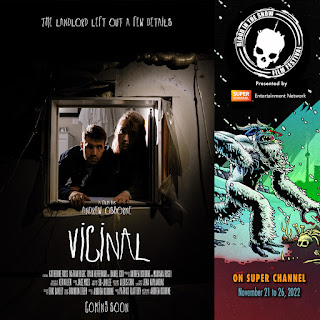 VICINAL
A couple is visited by the man who used to live in their apartment. The visit is odd and it ends with his warning about keeping the tiny door to the attic locked.
This is a really weird and surprisingly creepy film. It doesn't really make any sense  except in a totally nightmarish sort of a way...which is why the film works as well as it does, it's a pure nightmare
Recommended 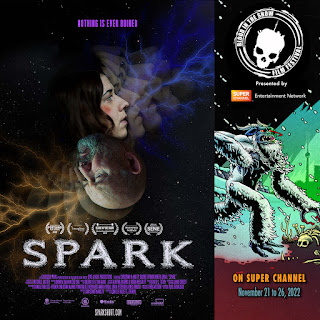 SPARK
A woman is questioned by the police concerning the disappearance of scientist. She has to convince them thst the scientist can jump dimensions. This is a nice scifi film whose arc I can't really go into less I spoil something 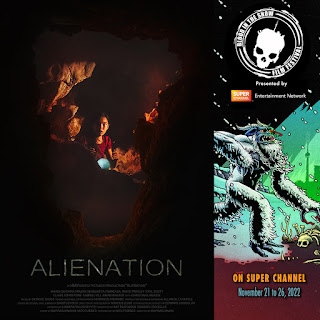 ALIENATION
A young girl is lost in a forest and trying to find her mother and stay as way from immigration services, and away from the thing in the woods.
This is a really nice little film that would make for an interesting feature film. 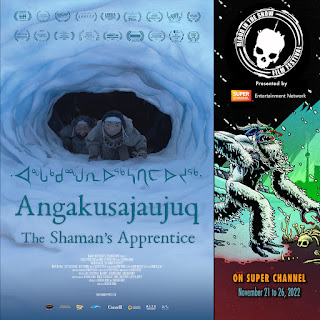 ANGAKUSAJAUJUQ - THE SHAMAN'S APPRENTICE
A young shaman must make a trip into the underworld to see why someone is sick.
Stunningly beautiful animated film is a work of art.  It's a film that borders on being a tone poem that works on us in a visceral manner.
Recommended
I reviewed FORE-MAN previously- the short version it's a must see that's being made into a feature.
For details on how to screen this collection go here
Posted by Steve Kopian at November 20, 2022