DOC NYC Capsules: LAZARO AND THE SHARK: CUBA UNDER THE SURFACE and IN SEARCH OF BEGALI HARLEM 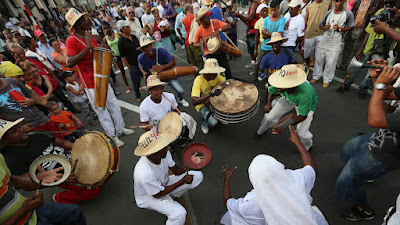 Lazaro and The Shark: Cuba Under the Surface
Portrait of Cuba and Lazaro’s efforts to put together a crew to participate I the July Carnival with an eye toward winning the gran prize and defeating the Shark and his crew. Vibrant and lively documentary will show you the spirit of the Cuban people as well as the poverty they live in. I enjoyed the hell out this film largely because I loved the music and the people. Definitely worth a look. 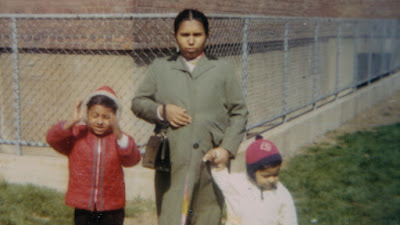 In Search of Bengali Harlem
This is just a pointer  to the film. I say that not because the film is bad, but rather because this film so so good and so full material that I need to see the film a second time. Normally I would happily watch this film again but the crush of films at DOC NYC is so great I would have to trade off not seeing another film, and I don't want to do that because this film is so good it will show up down the road when I can revisit it.

This is an excellent look at a part of New York society that we really don’t normally look at namely the ethnic spectrum of a part of a city. In this case the film is a look at the Bengali Muslims who moved to New York and became part of the fabric of Harlem. They inter-married and to some degree disappeared into the notion of Harlem being all African American. The film also looks at the other groups who were part of Harlem.

There is a hell of a story here and a lot to unpack and frankly I need to see this film to do it justice. Until then- just see it since this is one of the must sees of the fest.