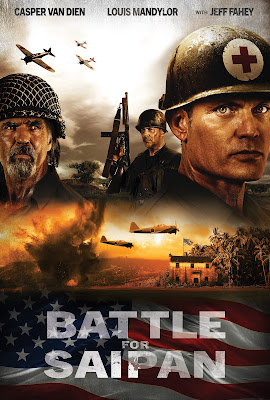 During the Battle of Siapan an American hospital is over run by the Japanese and a medic must fight to save the patients and staff.

Entertaining war film keeps things moving along at a nice clip. Sure it hits many of the expected plot points but at the same time the film has enough shading that war film and action fans are going to be delighted.

If anyone is going to bitch about the film they are going to go after the films lack of a budget. I can kind of understand that since trying to do justice to one of the biggest and bloodiest battles of the Second World War on a budget is not the smartest idea (more so since the film ends with actual footage of the battle).  At the same time it's not really a fair thing to do since the cast and crew are game and they are doing the best they can.

Ultimately this is a solid popcorn film and recommended for those who want something small scale.