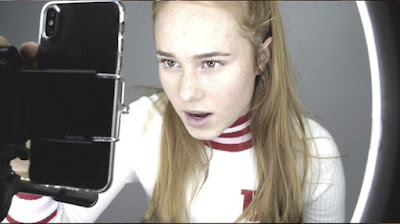 GIRL GANG
Portrait of Leonie a young social media influencer . As she and her parents ride the wave they quickly realize that the  being all over social media is not with out it's cost and the beast needs to be fed constantly.

Good look at the monster that is social media. If you've ever wondered what it takes to be an influencer this film is for you since it's smaller focus makes it all real and relatable.  While this is not something I normally care about this film made me understand what was going on. 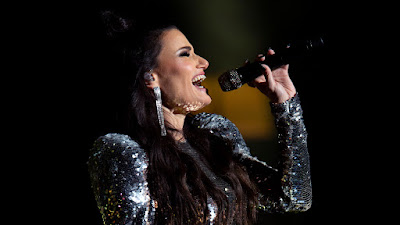 IDINA MENZEL: WHICH WAY TO THE STAGE?
Hagiographic portrait of the Broadway star best known for Rent, Wicked and Frozen.

This is a way too loving portrait of the actress and singer. Focusing on the 2018 tour that went across the country and ended at Madison Square Garden.  Hitting every expected cliche the film is exactly what you think it is going to be, so there are zero surprises here. Curiously the film talks about how Menzel was headlining at the Garden, leaveing out the fact that the tour was actually in support of Josh Groban, who did four songs with her during his set (I was at the concert).

The film is so by the numbers it is only for fans. 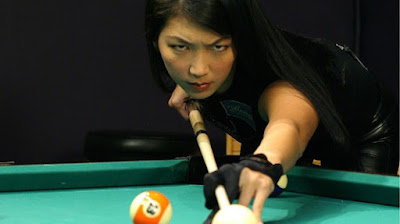 JEANETTE LEE VS
This is a very good 30 FOR 30 portrait of billiard player Jeanette Lee. Known as the Black Widow because of her love of black clothing she dominated the women's billiard tour for years.  The film is a warts and all look at Lee who has over come adversity, racism and jealous to be one of the most recognized female athletes of the last 30 years.

As with almost every 30 FOR 30 film this one is highly recommended.

The film will be on ESPN on December 13