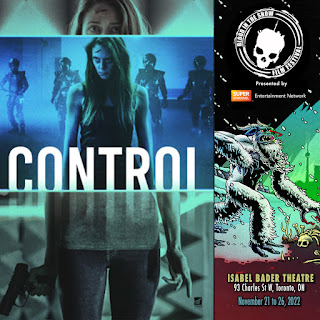 A woman is given a series of tasks to complete so that she can see her daughter again.

Great looking film doesn't really add up to much. Blame the similarity to several other recent films as well a plot that kind of gives things away a bit too early via clues.  I was several steps ahead of this and just watched as the film hit several check off boxes.

While never bad, its kind of unremarkable

Email ThisBlogThis!Share to TwitterShare to FacebookShare to Pinterest
Labels: science fiction, The Blood in the Snow Canadian Film Festival 2022