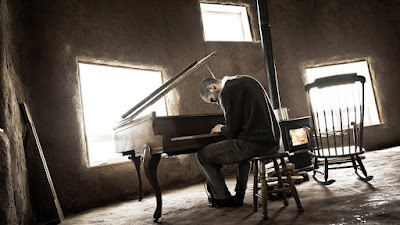 CABIN MUSIC
Pianist and filmmaker James Carson makes a one of a kind film that follows him as he leaves civilization for a cabin in the woods. It's one part documentary and one part musical poem. Or perhaps it's a visual album of the sort we don't see any more.  Then again it's a mediation on how music is made and why we are creative.  Actually it's many things, all of them good and compelling and demanding of our attention.

This is a super film that's worth our attention 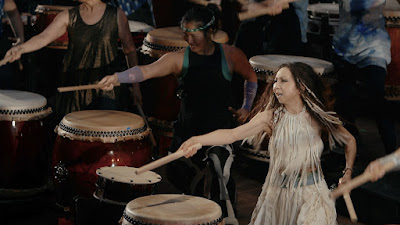 FINDING HER BEAT
This is a very good look at the organizing of a show featuring all female Tiko drummers. Until relatively recently only men could perform as Taiko drummers, however women have finally been allowed to follow their hearts and the result are some stunning performances. The film profiles several of the drummers as they prepare to put on a performance.

If you like Taiko drumming this film is a must