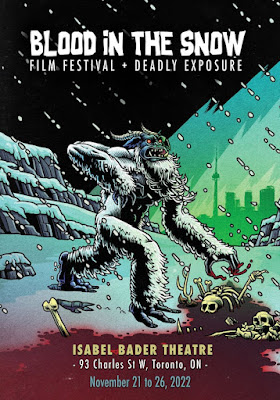 The always wonderful Blood in the Snow Canada Film Fest starts Monday and runs until next Saturday. A wicked collection of features and shorts it’s got something for everyone tucked in to it’s bloody apron.
I’ve been covering the festival for a number of years now and it is always the best way for me to end the festival year. Seriously, every year as I say “I’m done with films, I’m done with reviewing. I want to crawl into a hole and die” Then I get this email from the festival  saying “Hi! Remember us? We’re coming to town” and with that I drop everything and I start wading through their goodies.
That isn’t a joke. I really intentionally didn’t watch films I swore up and down I’d watch and review for DOC NYC and instead watched the poisoned goodies from BITS. I did watch the documentaries but only after seeing the BITS films.
One has to have priorities. 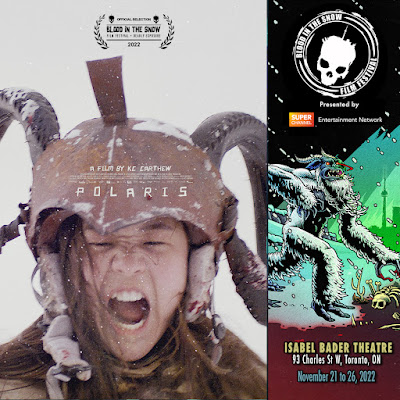 As I write this I have seen ever film that the festival has sent me. I reached out for the few that were not sent my way so I’m hoping to have coverage of everything by the time the festival ends.
This year the film is playing on two fronts. The first is on the Super Channel. Each night they will be screening a selection of films. At the same time there are going to be in person screenings.  Yes I know it will make it difficult to see everything, but at the same time it’s the only way to get all of the goodies in.
I covered some of the films previously and those reviews can be found here.
THE FORE-MAN
CRUISE
THE PROTECTOR
CULT HERO
THE BREACH
With the exception of one collection of shorts I am reviewing every film that was sent to me for review. I am not running reviews for the films in DARK VISIONS because I have seen all of them previously and I liked them. Because I'm not certain what I reviewed and what I haven't I think it's better if I simply recommend the whole collection. 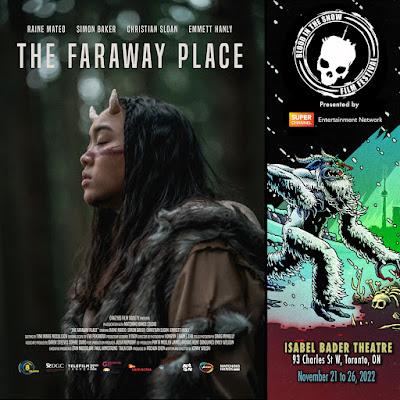 While I liked almost every film I saw for the festival I’m going to limit myself to only five must sees:
THE RIGHT ONE is about a girl trying to bring her dead sister back to life.
THE FOREST KING is gorgeous animated film about VR game playing
IN HUMAN- the only feature in this bunch, which is about a spirit hunting a surgeon.
FIELD TRIP is a killer scifi tale about an astronaut trapped in a minefield (literally) of his own making.
And in a cheat LAST CHRISTMAS and OLDTIMERS two excellent holiday horror films that are both funny and chilling
You need to make plans and see these films. Trust me you will have a blast.
For more information and tickets go here 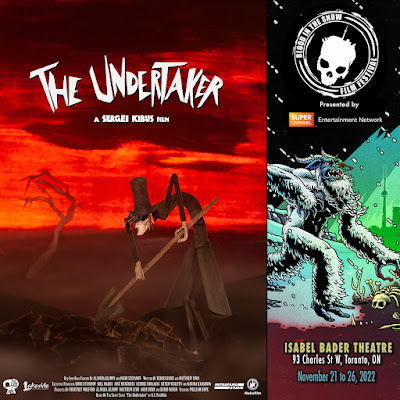