DOC NYC Short takes OUR MOVIE, CHILDREN OF LAS BRISAS, AFRICAN MOOT , KINGDOM OF DREAMS, and LOVE IN THE TIME OF FENTANYL 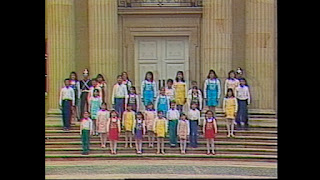 OUR MOVIE
Head trip film shows much of the last 40 year of the history of Columbia through TV News footage. Everything is reduced down to bite size morsals and the death and destruction rampant in the country weirdly flattens out and becomes unreal as the notion its all a TV show takes over. Watching it I drifted in and out of connection as so much of it seemed unreal and then I would snap back to reality as I dealt with the larger implications.

This is actually one of the great films of DOC NYC in that it's a film that forces to to engage with it. If you don't wrestle with what you're seeing then you really have to rethink how you view the world. 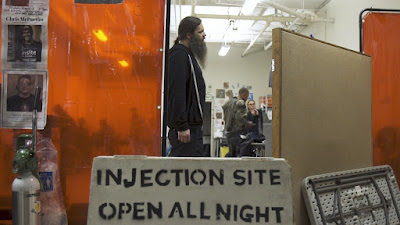 LOVE IN THE TIME OF FENTANYL
Portrait of the Overdose Prevention Society which came together in Vancouver in order to give drug addicts a safe place to shoot up. It was illegal, however the concern for addicts who had to one to watch over them when so many were dying because of fentanyl laced drugs made it a necessity. This is a moving film that gives a potential way to handle the drug crisis, which doesn't seem to be going away anytime soon. 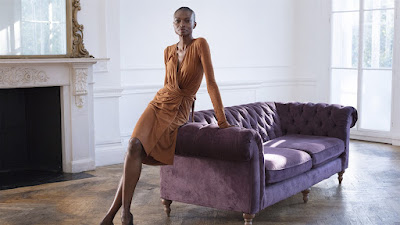 KINGDOM OF DREAMS
A look at the fashion industry from the early 90's until now. Its a film that shows us how fashion changed and altered over the years and became what we know today. This is a good but kind of much too short  film that really should have been a miniseries on the history of fashion. I say this because while the film manages to tie the ebb and flow of the industry together, the film really doesn't cover some of the mover and shakers in the detail they deserve. I say this because a good number of the people profiled in the film have the subject of their own documentary films.  There were a couple of times where I thought more was needed and others when I was thankful I see as many fashion docs as I do. 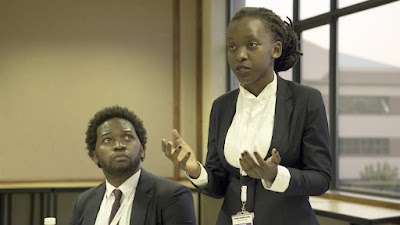 AFRICAN MOOT
A good look at the Moot Court competition in  Africa.

While I really enjoyed the film, I really wish that I had seen this outside of DOC NYC where the crush of 200 plus films made this film seem not as special as it probably is. I'm planning on seeing this again when I can see this on its own terms. 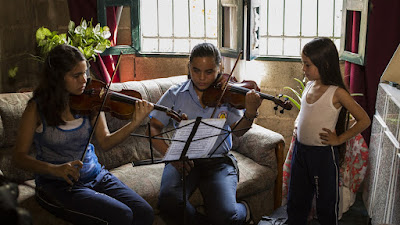 CHILDREN OF LAS BRISAS
Portrait of three children in the El Sitema program in Venezuela  where they are taught to play classical music. The program was set up to give kids something to look to beyond their normal lives. We follow the kids over a decade.
Posted by Steve Kopian at November 18, 2022