BITS 2022: THE DEVILS COMES AT NIGHT, MINDFUL MEDITATION and CRYO 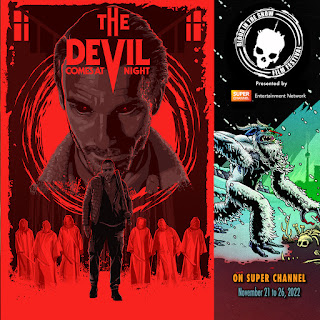 DEVIL COMES AT NIGHT
This is the story of a boxer who is forced to fight a cult while he is stuck at his father's house.

I'm not going to do a full review for this film. I liked what I saw but the version I saw was unfinished. Sections were marked as temporary and the audio was uneven.

What I saw was good enough I want to see the finished version. Tune in when the film plays The Super Channel 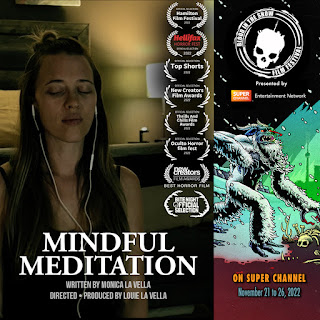 MINDFUL MEDITATION
A short short about a woman meditating. Its good but a bit too short 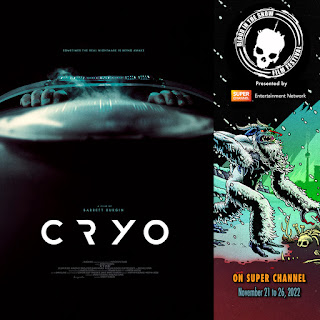 CRYO
Five people wake up from a cryo sleep uncertain of where they are or how they got there. Someone or something begins to kill them.

Wildly over long scifi mystery thriller is long on talk and short on everything else. Actually that's not true the central idea of what is going on and which is revealed ear the end is really good, however there is a very good chance you'll have tuned out well before the end. Intentionally obtuse until it isn't this film would have been better streamlined  and about half it's length.

While not bad the pay off isn't worth two hours of your time.

Email ThisBlogThis!Share to TwitterShare to FacebookShare to Pinterest
Labels: capsule reviews, The Blood in the Snow Canadian Film Festival 2022