Twitter, Those Pretending to Be Me, Changes, and Uncertain Awards: The State of Unseen Films 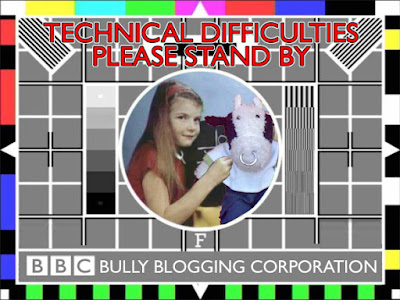 As we head into the holiday season I’m being kind of forced to do one of those state of Unseen Films posts.  While these tend to be self-reflexive navel gazing this time what I have to say is actually important because it  effects numerous things that have nothing to do with the state of yours truly.

First I need to once again warn anyone reading this, someone is going around pretending to be me and asking for screeners and links. It is from a google account using my name. If anyone gets an mail that isn’t from the usual email disregard it…and let me know. I’m speaking with authorities about what I can do and the possibility of criminal charges.

Secondly with Twitter slowly imploding I’m not certain where I’ll be heading social media wise. I’m trying to weigh what would be the best place to go. Everything seems to have a downside. It’s been suggested that I should jump to either Mastodon or Facebook, but I’m not sure. Mastodon is all a question of being on the right server or community and I would have no clue what would be right. As for jumping on to Facebook,  that’s about as evil as they come. I know not being on Facebook has hurt me with several Critics listings because you must be on the service.

I will keep you posted  as to where I end up. Until them I’m still at Twitter until it burns up. Also I am always here. (There is also a possibility I may reload the Unseen Films Tumblr page which I haven’t done anything with since 2017.)

Third because of the current financial situation in the world I’m going to be changing things up in the New Year.  I’m not sure how or what but basically the fact that this site does not generate any income coupled with the out of control prices of merely existing will probably require a find a second income. I don't know how this will effect what I cover, but steps must be taken. Frankly things are bad enough I’ve canceled Christmas.

However, lest you think I will be missing posts, that it unlikely to happen until at least August of next year since I have thing pre-programmed until then. And to help coverage  along  I hoping to finally sit down  sit with Liz Whittmore and sort out the cross pollination of Unseen and Reel New Daily.

For the three of you wondering if there will be any Unseen Film Awards this year- I’m not certain. The problem this year is that as with last year the Unseen Films family is scattered. Things are becoming more so  with the possible collapse of Twitter. Additionally no one is remotely watching the same thing so the chances of getting an award actually voted on by the voting body is small. If something happens it will probably come out of the year end discussions with everyone, or it will end up being a list of everyone’s favorite film of the year- something along the list of 2020.
I think that covers the major plot points.  If I think of anything I missed I'll drop it in.
Stay safe and Happy Holidays.
Posted by Steve Kopian at November 20, 2022