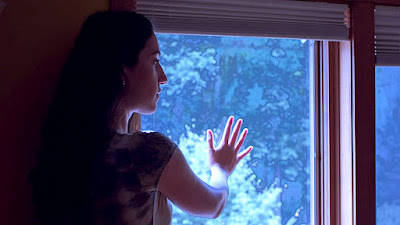 A year after the death of a couple's child they go away to retreat where a counselor attempts to help them get over their grief. However despite the help the couple sinks deeper and deeper into darkness.

Not very good "thriller" that is covers ground we've been over before a thousand times or more. This is the basic "couple goes away to save their marriage and have it all goes wrong" cliche. The way you get this to work is you give the audience characters they can relate to and feel sympathy for. Thats never the case here. We never really feel for the broken couple because we never feel the connection.

This is just a film that misses. It misses so much that I can't even joke about it, I can only suggest you avoid it because it's not even fun to make fun of.

Email ThisBlogThis!Share to TwitterShare to FacebookShare to Pinterest
Labels: not worth the effort, psychological thriller, turkey