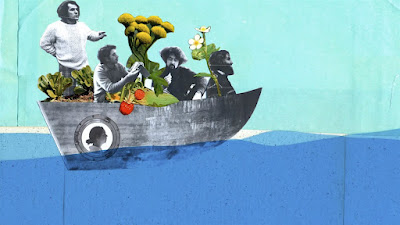 RADICAL LANDSCAPES
Elettra Fiumi inherited her father Fabrizio Fiumi’s archives, revealing a life she knew nothing about, he was part of a group of radical architects who did more than design buildings but designed a wild future.  This is a wonderfully unexpected film that not old reveals Fiumi's father's life but opens the door to the ideas he was trying to get out into the world. Fuimi actually invites people to try and carry on her fathers ideas to amazing effect.

This is one of the hidden gems of this year's DOC NYC. I wish I had seen the film much earlier in the fest because this is a film that needs a second or third viewing to truly appreciate what it's doing. 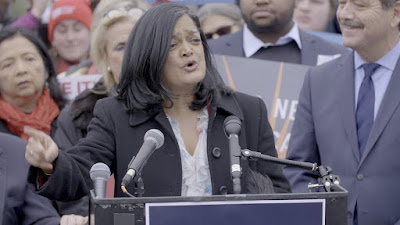 HUNTING IN PACKS
A look at Pramila Jayapal, Michelle Rempel and Jess Phillips each of whom is running for political office in the UK, the US and Canada. It shows clearly the differences and problems that women face when running for office. This is a solid  political documentary that shows a side of campaigning we don't normally see. Recommended. 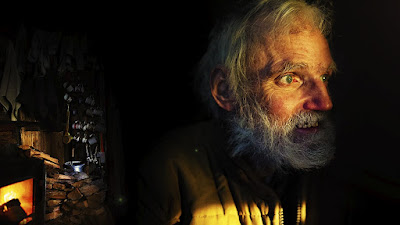 HERMIT OF TRIEG
A look at Ken Smith who lives off the grid in a cabin near Loch Trieg. Absolutely beautiful portrait of a man one with nature.  This is a wonderful meditation of life  that begs to be seen on a big screen.
recommended. 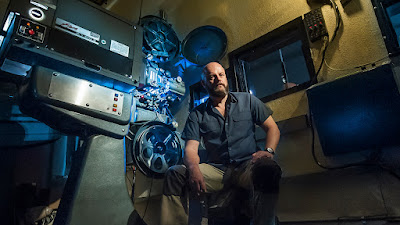 SPLICE HERE A PROJECTED ODYSSEY
Filmmaker Rob Smith love affair with film and the projected image. As Smith rebuilds a 70mm projector so that a screening of Hateful Eight can take place, we get a deep and heartfelt appreciation of cinema. This is a film for anyone who loves the movies, more so if you are crazy insane for them.  This is lovely film that's highly recommended (and going in my collection.) 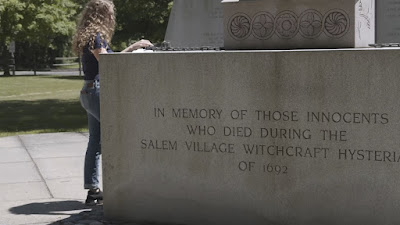