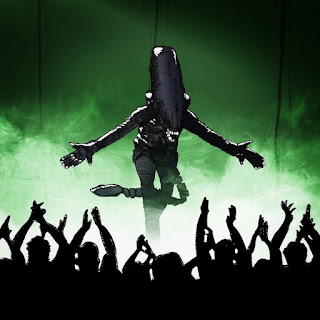 I had heard great things about ALIEN ON STAGE and I have been chasing it from festival to festival in the hope of seeing it. Sadly despite raves it bored me to tears.

The film is a look at the production of an amateur of the classic film Alien on stage. We watch as the play is put together, eventually finds it's audience and then transfers to the West End of London.

Its interesting to a point but this is at least an hour too long with long sections of rehearsals and people just talking to no great effect. I'm supposed to care why?

Frankly I was intrigued with the idea of doing the film on stage, but after a certain point the technical end of it falls away and we are left with people who aren't interesting

A major disappointment. I would skip it.