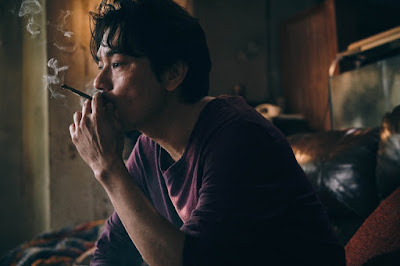 Hand-rolled Cigarettes is a bromance action film  about two former soldiers in the British forces left to drift after the hand over of Hong Kong to China. They have drifted into a life on the wrong side of the law. When they realize they have ben double crossed they have to fight to stay alive and get payback.

Okay action film has moments but is done in by a squishy desire to punctuate the bromance angle with wrong headed music that would be more at home in a buddy comedy than an action thriller. I was entertained but kind of disappointed since I would have liked the film to have had leaned a bit more into the hard edged action.