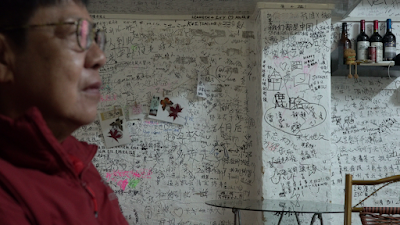 Why the hell isn’t anyone talking about Ann Hui? A multiple award winning director she has made some of the best films of the few decades, but no one ever is talking about her.  At  least no one in the United States unless it’s an odd festival like New York Asian who is giving her the Star Asia Life Time Achievement Award this year.  It’s a sin .

Keep Rolling is Man Lim Chung’s portrait of the great director that was shot during her making of 2017’s OUR TIME WILL COME. It’s a film filled with the woman in action and sitting down talking about her life and films. Hui’s own words are supplemented by her peers who talk about the woman, her films and her love of books.

While I knew of Hui’s work I knew nothing about the man herself. I just new that every time a new film appeared I had to take a look to see what she was up to and over the years I’ve been delighted by whatever film came my way. However seeing this biography her films took on new meaning for me. There were a lot of “ah ha” moments as I suddenly could connect up various bits of her films to real life, most obviously her mother issues.

I had a blast watching the film.

So much so that I want to go back and see her films again.