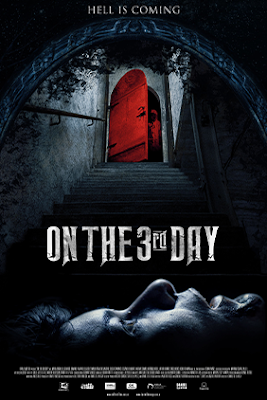 One of the best films at Fantasia is a weird nightmare made real. Its 99% one of the great horror films of 2021. It is also more proof that it could be argued the best horror films are coming from Argentina

A woman staggers into a house after she and her son get into a car accident. She goes to the hospital and then escapes trying to track down what happened to him. There is way more to it but that will get you started.

Brilliantly made film chills you on every level. The cast is perfect, the music creepy. The images are nightmarish. It has a hellish dream logic to it. This film pretty doesn't miss a beat. The film even works in visual references to classic films, but at the same time they are never distracting. (I want to explain everything but I want you to see the film for the film and not a catalog of references)

I love this film to death, except for one thing which detracts from the perfection of the film, and while I won't specifically say what it is I will simply say rubber latex. What is a film firmly rooted in reality is spoiled by bad rubber latex. It kills me because it breaks the spell....

...that said the films plot propels it to a good ending (with a couple of brilliant lines).