On the Trail of UFOs: Dark Sky hits VOD August 3 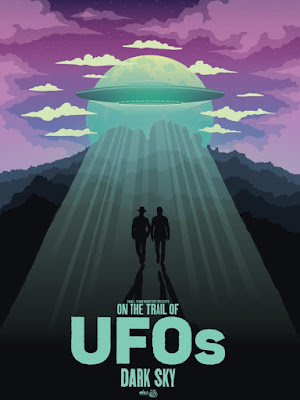 The film is an examination of the UFO phenomena specifically in West Virginia and the surrounding area. It’s a low key film where Seth Breedlove  and Shannon LeGro interview the witnesses and let them talk.

I liked this film a great deal. I loved the low key nature of it all.  I like that things aren’t sensationalized but stated matter of factly. As a result everything carries a weight more sensational documentaries don’t have. The film also scores in that the film goes out of the way to give us some sense of the are where the events happened. We get a sense of the history  and of the people, which connects events to the world. We are not looking at something in a random place to some random people, rather we have a sense of things in context of the real world.