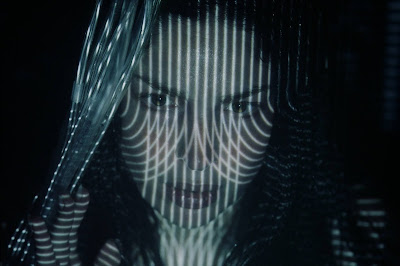 The nominal plot of the film concerns a researcher who may have discovered a cue for a deadly plague that is ravaging mankind, who ends up locked in "tin can" or pod that is supposed to save her life. There is way more to the film as it moves backward and forward though time.

I was rocked by the film. I knew it was going to be "experimental" or ground breaking but I didn't expect it disturb me the way it did. I was rocked. Yes the effect of the disease is really disturbing, but the whole package just got under my skin in so any ways.

Frankly I'm still processing this film and I suspect that I will be doing so for weeks.

If you want to see a film that you must engage with TIN CAN id for you.