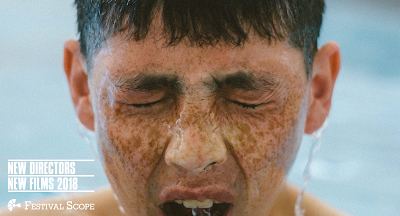 Taking place for the third consecutive year, New Directors New Films  on Festival Scope is presenting a selection of features and shorts from this year's edition of NDNF online for FREE (www.festivalscope.com).

and  6 short films:
- City of Tales by Arash Nassiri
- The Gaze by Garnoosh Samadi
- Copa-Loca by Christos Massalas
- Palenque by Sebastian Pinzon
- Rupture by Yassmina Karajah
- Möbius by Sam Kuhn

If you click on the any title with a link you will be taken to the Unseen Films review.  To watch any of the above films or for more details go to the New Directors New Films page at Festival Scope
Posted by Steve Kopian at April 09, 2018