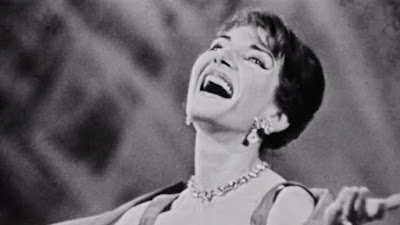 A NIGHT AT THE OPERA

Using footage shot at Paris's Palais Garnier in the 1950's and 60's director Sergei Loznitsa creates a mythical night at the opera. It's really cool and perfect blend of footage that never reveals that it's assembled from events across the decades. 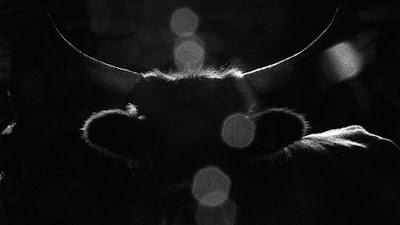 HER NAME WAS EUROPA

An exploration, of sorts, of the efforts to bring back the aurochs, an extinct form of cattle that was native to the wilds of Europe. The project was started in Germany between the wars through selective breeding.

Leadenly paced film has a much too knowing attitude to fully work. There is some great images here and the narrative is quite good but the pacing glacial. I desperately wanted to grab the film and recut it down to a film about a third of its length where things would seem less smart ass.

This a film you either accept or you scream at in an effort to get it to move along. The shots of the hand bringing don the text that links things together is not really necessary  and neither are the seeming endless landscape shots.

(And can anyone explain to me why these two films were programmed together?)